iTi Tropicals launched an animation-style video that makes the case for passionfruit becoming a staple flavor and key ingredient in the food and beverage industry. 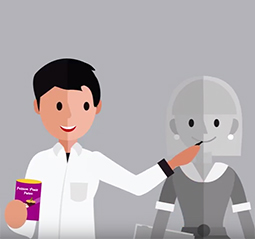 Gert van Manen, founder of iTi Tropicals, has long been a fan of this powerful ingredient. “Our innovation team loves passionfruit for its versatility and exotic taste, which we believe will help make food and beverage products stand out. It’s applications to desserts, drinks and confectionary are endless. We’re hoping our video helps to cure Bored Tongue Syndrome!”

The social media-friendly video demonstrates passionfruit’s applications and shows places across the world where passionfruit has already become a popular ingredient.

iTi makes the case that this delicious, versatile fruit is ready to cure bored tongues across America and give a real edge to food and beverage producers everywhere.